Feeling Not Good Enough? Stand Up and Roar!

My friend Randi sent me a link to a TED Talk. “You have to watch it! Life is too short!” she said. So I did. And it made me cry.

In the TED Talk, “The Secret of Achievers, Conquerors & Living Life to the Fullest,” author, animal advocate, adventurer, and ghostbuster Melissa Haynes shares how she stepped out of her comfort zone and played with a lion’s testicles in Africa. (Literally? Metaphorically? I won’t tell you! Watch it from start to end! You’ve got to get to her last sentence and the picture of the lion!)

Melissa talks about the inner ghosts we’ve got that convince us to give up on our dreams. She says we can be ghostbusters if we are willing to “have the courage to have the courage” to look our ghosts in the eye and deal with them.

Why do we still feel not good enough after all those years?

Growing up, we interpreted the messages we got from the world around us in the best way we could, and we ended up believing that we were not enough. Regardless of our reality, we kept false evidence to show that we could and should have done better. Society told us, “Try harder! You can do better than that!” Feeling not good enough became our default. As adults, whenever we’re triggered, we drop back to our default reaction.

I want you to hear me out, beloved, because this is really important: Whenever we’re triggered, we drop back to our default reaction.

Being on this mission to create a movement for women who are ready to live at full power provides my gremlins lots of opportunities to shine:

“Are you kidding me?”

“Don’t you see that there are so many coaches, teachers, speakers, and mentors out there who are better than you?”

Yes! Even though we are adults, the “not good enough” gremlin that was born when we were very young often speaks louder than our true voices.

When was the last time you allowed your gremlin to take over?

How often do you let the not good enough, not smart enough, not young enough, not–enough narrative stifle you and convince you to give up?

I don’t think there’s anyone in the world who hasn’t, at one time or another, had to face down one of her gremlins.

Life is short. It’s time to start showing up and living at full power.

Typically, we focus on the “not good enough.” We try to understand it. We search in our memory boxes for insight from our childhoods. Awareness is always the first step. When we want to get away from the victim mentality, we focus on facing, taming, and ridding ourselves of the gremlins. I help identifying your blockages, understanding where they’re coming from, and taking action to break through them.

Another approach to shift the feelings of not being good enough to those of living with power and strength is to do something drastic by going to the other extreme. Stop feeding your inner gremlin and start feeding your inner lion.

There are times when the best question we can ask ourselves is: What would I do if I weren’t afraid?

Imagine yourself as a lion.

Visualize yourself as a lion who plucks up the courage to roar with all its might. A lion that stands strong.

Stand up and roar!

Let me tell you a true story of roaring.

Jenny had been working with me for a few weeks when we took time to focus on helping her get clarity about the values that empowered her. She wanted to stop people pleasing, to stop neglecting her needs and putting others first. I asked her to choose a metaphor that would help her remember her intention. She immediately came up with the “roaring lion” metaphor. A few days later, she wrote to me, “I desperately want to live authentically and roar every time I allow myself to people please versus being truthful to myself.”

Jenny started to take roaring actions. She said “no” to a few business opportunities to decrease the overwhelming feeling she had at work. She asked her grownup children to take an active role in planning a big family event. She learned to make herself a priority and to maintain a consistent morning routine. She even got professional help to support her aging parents so she could manage her time better. She took real responsibility and made her needs as important as other people’s needs.

Jenny is still having success with standing up on her feet and roaring. 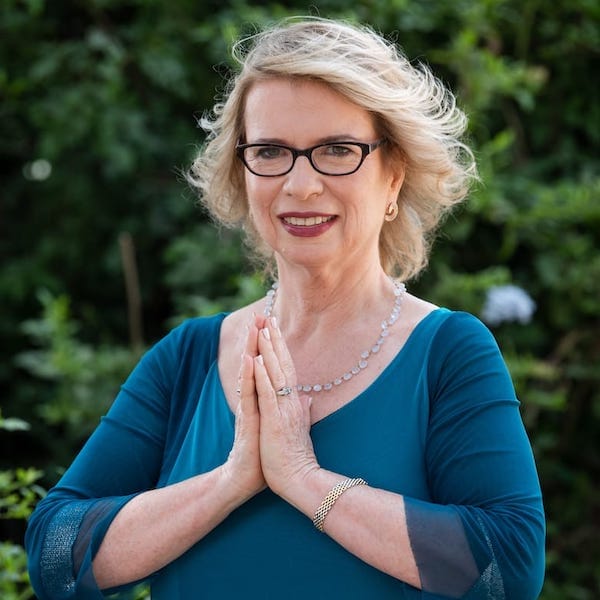 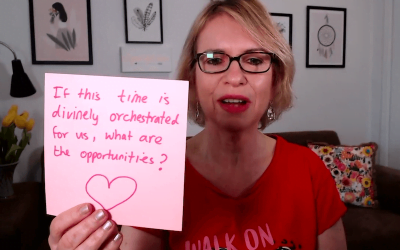 [Video] Is this time divinely orchestrated for you?

Instead of asking, “why is this happening to us?” let’s ask: “If this time is divinely orchestrated for us, what are the opportunities?”

[Video] 12 Powerful Ways to Step into your Power

Teaching classes after my dad died was hard. Here are the 12 must-know practices that changed my outlook.

Read what my husband learned from Steve Jobs, and why Shmuel and I are not on the same page about the colors we wear!